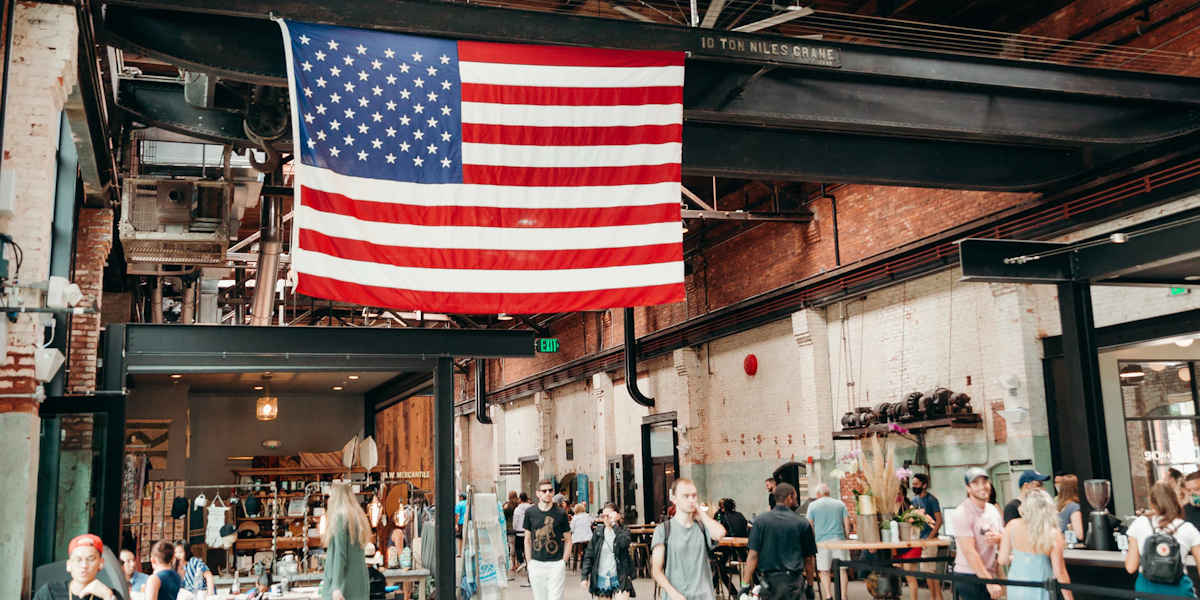 Studies have repeatedly shown that most U.S. consumers would rather buy American even when the cost is higher than imported goods. It is not a given that buying American will automatically cost more, but it’s good for the U.S. economy and economic growth even when it does. Even more, it’s also good when prices rise due to higher U.S. wages.

Most economists say that the U.S. consumer has rarely been stronger. Some of that strength results from higher wages, some from increased savings, and some from government payouts (unemployment compensation, stimulus checks, etc.) during the pandemic. But the simple fact is that our economy does better when U.S. consumers have more money in their pockets and are ready to spend it, and that isn’t likely to happen if workers’ wages are stagnant or falling. We can only be as affluent as consumers as we are wage earners.

We shouldn’t focus on whether we have the lowest prices in the world, as we did for decades while advocating free trade and free markets when wage gains (when we actually experienced them) often didn’t keep up with inflation. Instead, we should focus on protecting our manufacturing jobs to keep Americans employed in this sector so we can stop depending on China for our wants and needs. After all, Americans don’t care about low prices if they don’t have jobs because jobless Americans can’t buy much anyway.

Alexander Hamilton believed that Americans would choose secure, higher-paying jobs even if prices were slightly higher, rather than insecure jobs with lower pay and lower prices. If prices in America rise due to higher-cost domestic manufacturing or other increased wages, workers who are secure in their jobs may simply cut back on spending a bit or be more selective in their purchases. The key term here is “secure.” Manufacturing jobs can only be secure when worldwide trade and competition are on a level playing field, thereby eliminating the fear that one’s job will likely be outsourced to another country.

Higher wages, even when accompanied by higher prices, are key to a higher standard of living. Seventy percent of our country’s economic activity is due to consumer spending. If consumers don’t have more money in their pockets, they cannot spend more and contribute more to economic activity and growth.

American workers are not labor cost problems to be dealt with; they are contributors to our prosperous first-world economy and a high standard of living. So when it costs us more to buy American, we should not look at it as an extra cost but as an investment in our economy.

We cannot have a high standard of living with cheap prices. President William McKinley had a few things to say about the word “cheap” that we should heed today. He said, “I do not prize the word cheap. It is not a badge of honor. It is a symbol of despair. Cheap prices make for cheap goods; cheap goods make for cheap men; and cheap men make for a cheap country.”

Our current prosperous economy can afford a higher minimum wage and higher wages in general. The average wage rate rose 4.4% in the U.S. in 2020. Moreover, corporate profits are on their way to resuming record high levels after increasing 15% and reaching an all-time high in the third quarter of 2020.

Many American companies have committed to doing whatever it takes – costs be damned – to keep up with U.S. consumer demand as our economy recovers from the COVID-19 pandemic. For example, Home Depot, one of America’s largest importers, has secured its own vessel to go back and forth between China and the United States to avoid issues with a recent COVID-19 outbreak in Southern China.

Home Depot, of course, was one of the companies that warned excessively about the 25% import tariffs on Chinese goods and their potential costs in 2019 (note that Home Depot still reported quarterly profits that beat estimates, and the stock continued to surge).

In February of 2021, Black & Decker CEO James Loree said, “You do whatever you could do to keep the plants running.” In May of 2021, the National Owners Association, a group representing U.S. franchisees, said that solid sales should allow operators to make up for higher spending on worker pay and benefits.

An August 2018 article in the Wall Street Journal reported that labor’s share of national income declined from 64 percent during much of the postwar period to 58 percent today (half of the decline occurred between 2001 and 2007). This equates to an annual salary loss of more than $7,500 for each U.S. worker. With their record profits, corporate America has the financial resources to easily allow for a return of labor’s share of national income back to 64% and even higher.

The bottom line: regardless of increased company or corporate input costs like import tariffs and higher wage rates, if Americans have enough money to spend to keep the economy growing and prospering, these input costs can be easily dealt with, especially if we buy American with our consumer dollars to keep jobs, profits, and tax revenue here at home.

Get $20 off your first box of Moink (a combo of moo and oink) and support small American family farmers by clicking on this special link, choose your ten favorite options, and you’re done!

Get $25 off your first box of Wild Alaskan Salmon (including coho and sockeye salmon, and white fish like cod and halibut) by clicking on this special link. Did you know that 91 percent of the seafood that we consume in the United States is imported?