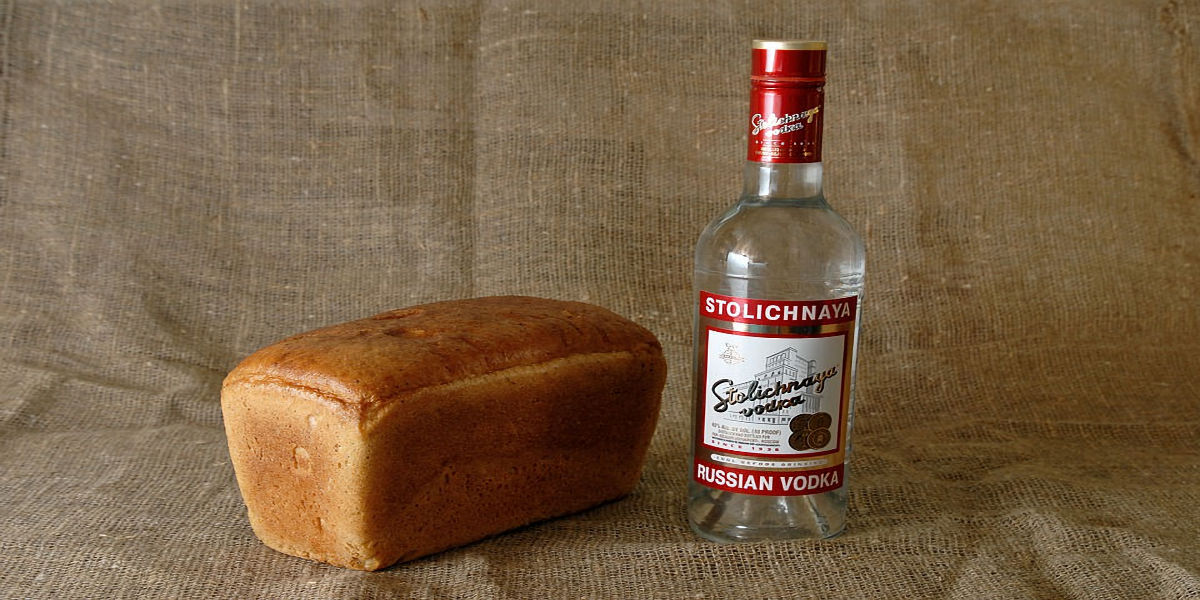 If you want to punish Russia with your pocketbook, you can stop buying Russian vodka brands and stop patronizing Russian-owned Lukoil gas stations in the United States.

Avoiding imported Russian vodka soon will be easy, now that the U.S. has banned it as well as $1.2 billion worth of imported Russian seafood. However, when the war with Ukraine finally ends, it’s good to know which vodka brands are Russian so Americans can continue the ban even if imports are allowed to resume.

The most popular Russian-owned and Russian-imported vodka brand is probably Stolichnaya (Stoli), but there are others.

Hammer + Sickle is also a brand imported from Russia that uses wheat from the country’s Southern Region. The company website claims it is “worthy of its Russian heritage.”

Don’t let Russian Standard be your standard vodka. Russian Standard is a company based in Russia that has offered a vodka brand of the same name since 1998. The company emphasizes that the brand is produced from a Russian recipe, from strictly Russian raw materials, and is distilled and bottled in Russia.

Moskovskaya vodka is a Russian brand introduced in 1894 by the Russian state vodka monopoly, currently made in Latvia. Other brands include Moskovskaya Street Hard Seltzer.

Zyr vodka calls itself an “American dream crafted in Russia since 2002” and uses winter wheat and rye grown near Moscow. The water comes from northwestern Russia, near the border with Finland.

If you live in New Jersey, New York, or Pennsylvania, you can boycott Russian-owned Lukoil gas stations. You can view a location-by-location list of Lukoil gas stations here. There are 230 Lukoil retail locations in these three U.S. states.

Do not be fooled into thinking these Moscow-based Lukoil stations are “locally-owned” by Americans. They are not. These supposed “owners” would like you to think they own these Lukoil locations, but they only “manage” these retail locations, which Russia ultimately owns.

Anyone currently selling Russian-owned Lukoil gasoline at a retail location in America is merely “operating” or “managing” the business. They do not own the company. Every day they open the doors at Lukoil location, they write a check payable to Russian owners.

If you are paying for gasoline at a Lukoil station, you are funding the Russian war machine – plain and simple. Regardless of the refinery location (including Iraq, Iran, or Venezuela), if you purchase gasoline sold at Lukoil, you funnel money to Russia, consequently supporting Putin’s killing of innocent Ukrainians.

Council member Anibal Ramos said the license suspension in Newark would be temporary, and his office received calls from other employers offering to give jobs to any affected gas station workers.

All Americans suffer from increased inflation in food, gas, and many other consumer products due to this war. Everyone in America is currently “taking one for the team” supporting Ukraine during Russia’s reprehensible invasion. It should be no different for anyone in this country selling gasoline from a Russian-owned company.

Any Lukoil location-affected workers should be offered an opportunity similar to that advocated by the Newark city council.

Only about one percent of vodka consumed in the USA is made in Russia, so a ban on vodka made there might seem small to some. However, if Americans received even just a one percent pay raise, I am sure this “small” percentage would take on significance, so it matters.

America is great because of our founding morals and values, including independence, self-sufficiency, and self-reliance. Any respectable American wants the same for Ukraine and any other freedom-loving nation with these same values. Regardless of how small the perception is, any step we can take towards reducing our global dependence on bad actors like Russia (and China) is a step in the right direction.

We need to decouple from Russia (and China) now in any way possible and support American independence in the vision of those who wrote our U.S. Constitution and Declaration of Independence. There is no declaration of inter-dependence for a free United States, and there should not be one for a free Ukraine, either.